Today in the writing skills class we search about Edgar Allan Poe and his interesting life.

• Born in 1809 in Boston and died in 1849 in Baltimore
• He invented the short story, detective story, and science fiction
• He was abandoned by his father
• Served in the military
• Wrote for newspapers until he became a really famous author
• Woman created the science fiction and the novels
• Wrote a lot of poems, stories, essays, novels, plays
• Stories were groundbreaking
• It made people had a lot of fear
• He was not crazy but he suffered depresion
• He was paranoid of being buried alive
• His common themes were the dark settings, death, madness, being buried alive and personification

This is the picture of the object I used to make the paragraph of the horror story, auction site, mercado libre and the blog entry. 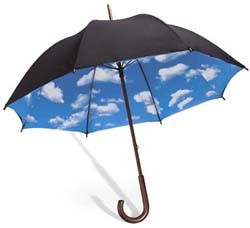 Today in our  history class we watched a video and answer these questions. I did it with Martina Villafañe Ibarbia

1) War guilt.Explain the arguments FOR and AGAINST this term.

2) Which term followed War Guilt? How much would it be today? What consequences/impact did it have on Germany?

3) Why were the victors planning to prevent a future war with Germany in the Treaty?

4) What territorial losses did Germany have to face? What happened to the German colonies? What did Wilson dislike about this?

5) Which new nations were created after WW1?

1) FOR: Germany cause everything, thats why, the war started because of her.  AGAINST: There were many other causes that led to War, like the murder in Sarajevo.

2) The term that followed War Guilt were the reparations that Germany, had to pay as she “is the cause of the War”. It would have been $600 billion in modern terms. The impact that had on Germany was an economic consequence, because she have to paid to the countries the resources used in war, so she end up without money. She had money, but not a lot. Also, Germany was humiliated because she had to pay everything, even 10 years later when the people had nothing to do

3) The treaty was signed because they want to prevent War with Germany, because they knew she will grow again and take revenge.

4) Germany, because of The Treaty of Versailles, lost Poland and Alsace-Lorraine. But also German colonies, in Africa, the Pacific and China, were given to the allies. Wilson wasn’t happy with the territorial distribution, that it was just giving it from one Empire to another as opposed to having self-determination.

Here is a PDF with the dialogues that me and my group, Milargos Mendez and Fefi Marty, did: TheParisPeaceConference.LANDOLFOMARTYMENDEZP

We record it on a voicethread.

My personal comment about the assignment to learn on the Big Three and their aims and objectives:

1) Did you feel you learnt more than if you had studied this from the book?
I think that, as I wrote it on a paper and then said it out loud, I memorize it faster than reading it from the book.
2) What did you personally enjoy about the project?
In my opinion, it was very funny because we starting imitating the Big Three and imaging us being them and speaking like them.
3) What would you change from this project if the class from Senior 1 next year were going to do it again?
I would change the app voicethread because I think that is a little bit difficult to use it.

With our literature teacher, Pato Chujman, we start reading the story “Prison” by Bernard Malamud.

In our first class we search about the author.

We also analyse the paragraphs
I took down notes:

• The main character, Tony Castelli, was 29, he had past mistakes
• People decide everything for him
• His marriage was an arrangement
• His wife, Rosa, started calling Tony for Tommy so he lost his identity
• The landlord resolved a crime problem, he was fighting with his gang
• Rosa’s father open a candy store for him to run
• Rosa was rich
• Tony’s dreams were crushed, he was doomed
• Doomed: destined to fail, he make an attempt to change and it gone worst
• He can’t make any decision for his own

• Tommy started looking for money distributing punchboards and putting a slot machine
• He is giving up
• Rosa’s father got angry and broke the machine
• He curses the candy store, rosa and hia unhappy life
• But he wasn’t doing nothin because of fear
• He is dead alive

If he can not put his thoughts into actions he will be in his prison forever.

Specular moment–> he with the girl

We did a Slideshare analysing it.

This is a summary I did with Rochi and Maria.
The story prison by Bernard Malamud is about Tommy, who is the main character, can’t control his life. He was a thief when he was a kid so nobody trusted his decisions. His father made an arrange marrige with the father of Rosa. When they got married, even though Tommy didnt want to, his father-in-law gave them as present a candy store, they arranged all hos life and he didnt say nothing. Tommy kept all to him self and didnt complaine, but Rosa was the opposite of Tommy. She wanted to seem strong even if she was sad because society made her like that. Tommy was doomed. A little girl always came to the store asking paper, and one day he realized that she was stealing. In that moment Tommy had a specular moment with the little girl because he used to be a thief. He didnt want the girl to end up like him. Trying to help her Tommy had an epiphanic moment and realized that the person he needs to help is himeself. At the end Tommy has an outbreak and contradicts Rosa, which made Rosa cry because of humiliation.

Bonus Track:
1) What did Rosa do to the girl when she found her stealing?
Rosa started calling the girl a thief.
2) How is this foreshadowed earlier in the story?
In my opinion, the foreshadowing is when Rosa´s father called Tommy a thief for buying the slot machine.

Today Pato, our literature teacher, told us that we have to do a newspaper telling the hottest day of Buenos Aires. I made it witch Rosario Vago. 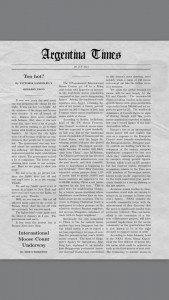 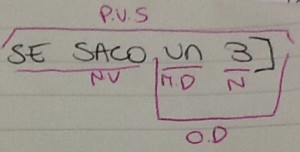 Here is a poem that I chose with Rochi Vago and Maria Roggero made by Kathleen Raine. We made a prezi analysing it.